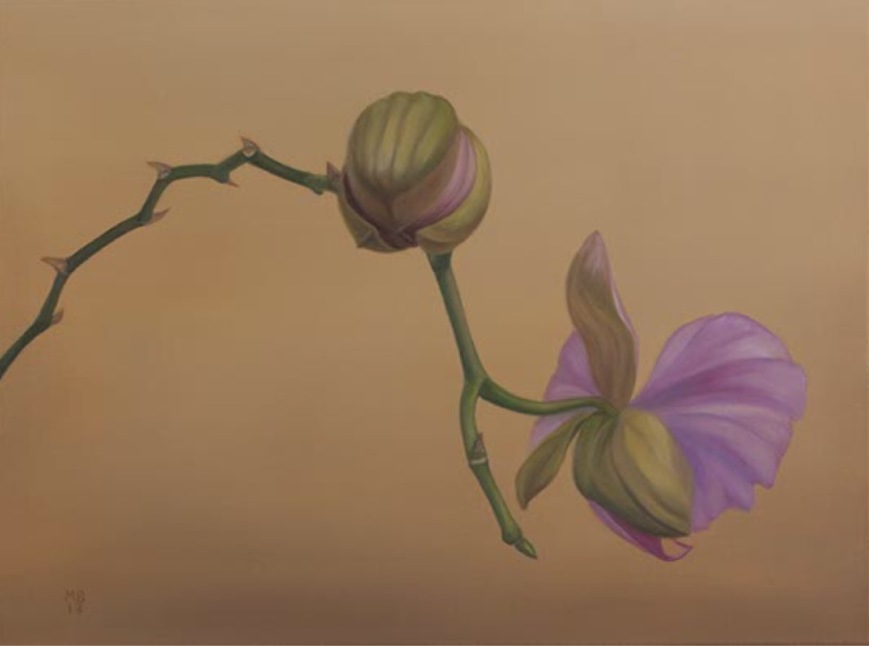 Researching history on orchids this morning, I learned a number of facts, including the Greek word for testicle: Orkhis.   By some accounts, the name of the plant came from the reminiscent shape of the bulbous root.  By others it’s from the myth of Orchis, the son of a nymph and a satyr.  True to his namesake, the lad  went to a celebratory feast for Bacchus, the God of Wine, and in his drunken state, attempted to rape a priestess.  This sacrilege resulted in being torn apart by wild beasts.  His next incarnation was as a plant, the orchid.