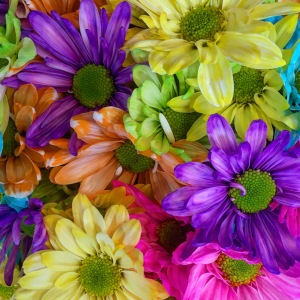 From the Oxford English Dictionary: † fode, v. [‘ trans. To deceive or delude with kindness or kind words; to entice or lead on with delusive expectations.’]

“Who comes to you,”  was an artist’s question when I told him about the healing work I do.  I should have just answered, ‘creative types,’ but leaving out names or institutions, I listed categories of power in the art world.

Our connection was through OK Cupid and after one phone conversation, we met at a park.  I must say, he was a gorgeous creature, but the opposite of what an interested guy would do on a first date.  He spent the evening dropping bombs of financial, professional, and emotional disasters,  His desperate need to find a gallery presented many chances for me to offer connections, but I honored client confidentiality.

This attempt to fode me was a familiar one.  My detection skills were solidified in a recent deception, one for which I fell.  While serving as President of the Board in our building, a co-owner approached me with an offer.  He’d seen my modeling pictures and insisted they needed an update.  As a photographer with a make-up artist partner, they were willing to do a head shot session, no charge involved.

I turned them down, but they didn’t let it go, applied pressure and flattery until I acquiesced.  Sitting for portraits is something I have done many times, but this shoot was an energy-less chore equivalent to cleaning out someone else’s garage.  Though the photography turned out fine, my sour expression ruined the possibility of usable images.  When they insisted I select favorites, the thought of looking at those photos again made me want to go invisible.

This shoot happened during the same month that we conduct our building’s annual Board election, and after years of serving as Madame President, a new person was voted into my old position.  Happy to step aside, when the photographer’s partner found out the results, her first response was to stomp her feet, and then she cried.

Such a surprising emotional display got me thinking: for extra income, they used their second apartment in the building as an Air bnb, technically against the rules.  The headshot session was designed to keep me looking the other way while they did what they needed to do to maintain both spaces.  By not campaigning to my position of power, I’d dropped my end of the silent deal.

Even though we’re on friendly terms, the photos were never spoken of again.  And coincidentally, the man who wanted art world contacts just wrote stating ‘energy differences’ regarding a match, with an offer to continue our ’instant friendship.’  The answer to that is no thank you, because through the eyes of a foder, everyone is humiliated.