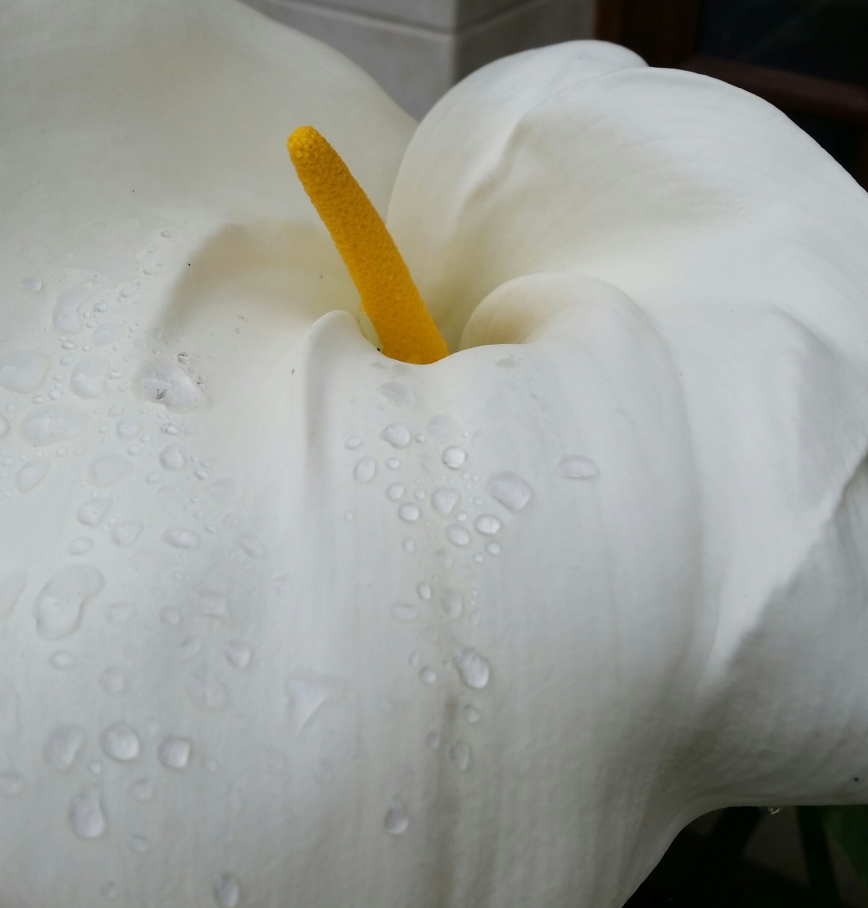 Two months before turning thirty, I separated from my husband, moved into a little house, bought a big journal, and for twelve days, I wrote down every single possibly significant memory.  It was the beginning of my commitment to writing.

Shortly after, I was invited to annex a writing class at the local college.  The piece I turned in started with a dream that revealed an intrigue I had avoided admitting in waking life.  The idea contained a chilling aspect to it, but the submission was ridiculously undeveloped and amateur.

When the teacher, a lanky, 40-year old handed the piece back to me, he said, “You write like a woman.  And you’ll never write like anything else.”   He swung his floppy hair from his eyes and continued. “Let me tell you what writing is,” he said.  “When I walked in my girlfriend’s kitchen the other night, she was making guacamole for the second time in a week.  She described it as a ‘Guacamole Summer.’  That is writing.”

I was full of lofty ideas about taking the necessary risks to produce good personal writing, digging for the truth in a situation, turning it into a story, and at least attempting to make it universal.  His girlfriend’s example might have been a catchy book title, but it struck my tender heart as merely scratching the surface.

That evening, my boyfriend, who was several years younger than I, sat staring at the walls of his art studio as I described the encounter.  Never able to listen for more than thirty-seconds, before I got to the end, he grabbed a hammer and banged the ends of a pile of boards, an unneeded jazzy percussion accompanying the rhythm of my words.

Frustrated with yet another dismissal, from the bottom of my lungs, I started to sob.  That got his attention.  Unsure of what to do, my lover said, “Come on.  What do you care?  He’s nothing but a peeny turkey dick.”

By now, I am used to constructive criticism from other writers, and nothing slows me down in my commitment to write.  But months passed before I had an epiphany about that emotional day.  At the age of fourteen, I announced to my father with great confidence that I intended to be a writer.  His response was, “How the hell do you think you’re going to do that.”

Thankfully, my boyfriend’s adolescent assessment detonated the impact of the teacher’s comment and, it is with mixed emotions, I remember that period as the Peeny Turkey Dick Summer.  The phrase remains one for all seasons, for too many situations we find ourselves in, including and especially what our country faces these next four years.

Both images by my sister, Melanie Urdang, this one of the Occulus at Ground Zero.