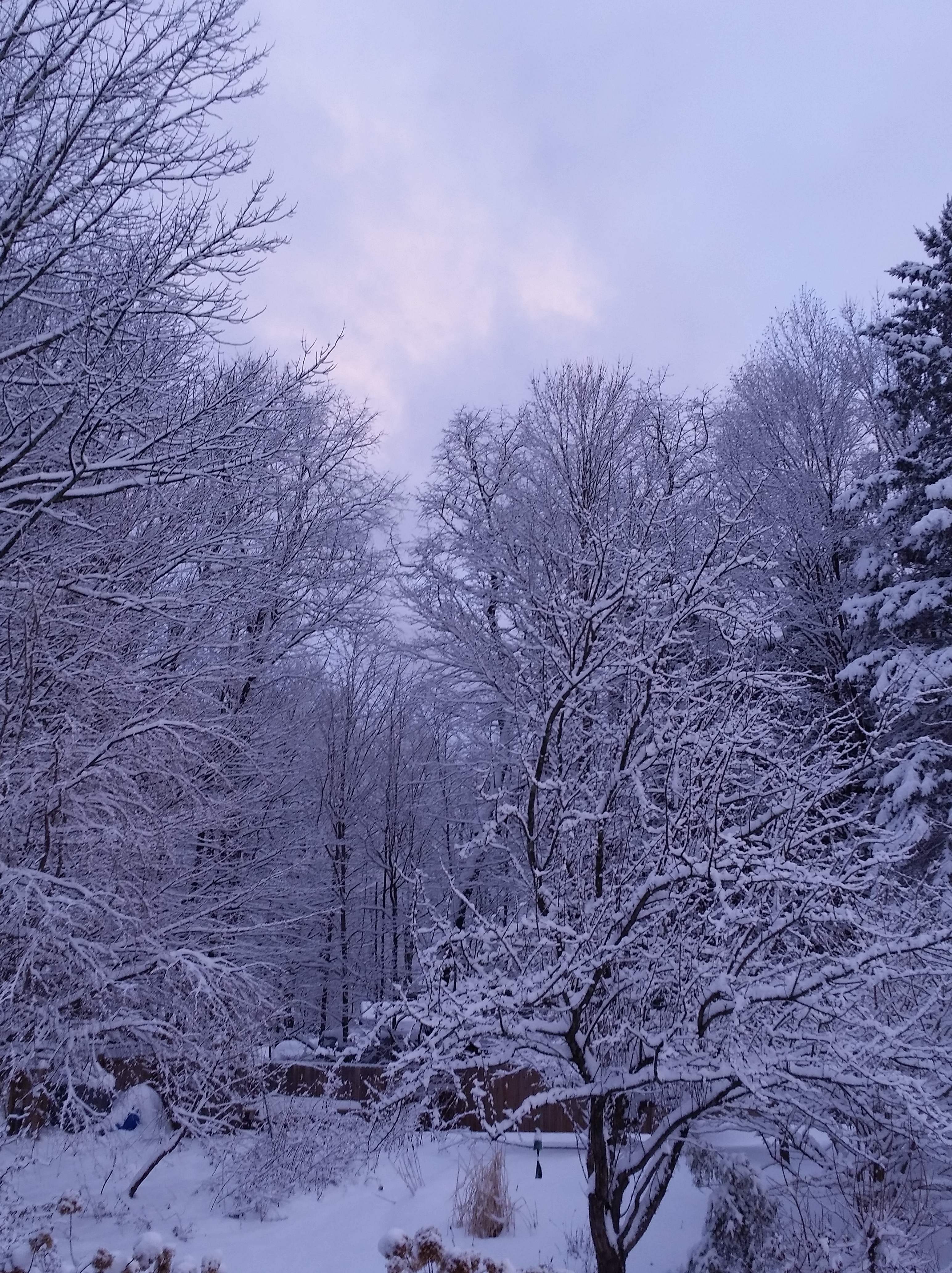 The first time I left a moving vehicle should have cured me from ever letting it happen again.  But in a family that considered emotional expression a sign of weakness, passions had to be creatively released.  In our case, they happened on the proscenium of four wheels and a gallon of gas.

I was three years old when it all began.  My parents were arguing in the front seat and I opened the back door and slipped out.  The second time, at sixteen, I was thrown from a boxy Ford Falcon.  It was the day John Kennedy was assassinated.  Instead of going straight home from an early dismissal of school, I suggested a spin through Dead Man’s Curve.  My friend who was driving, lost control, we were abruptly stopped on a utility pole, the passenger door popped open, and I cannonballed through the air and onto the street.

The third, and hopefully last time, was during my divorce.  Everything was unraveling, including the latch on the driver’s door of my Dodge Dart Swinger.  I took an exit off a highway, the door flew open, and as I grabbed it, it yanked me out of my seat.  With one hand on the steering wheel, the other on the door handle, my rear scraped the pavement.  Using the Herculean arm strength of someone about to die, I pushed myself back into the still moving car.  That pulled the steering wheel to the left, which inadvertently prevented me from going through a guard rail and over an embankment.  Before I came to a stop, the passenger side of the car scraped the rail from the front end to the back bumper.

The middle accident resulted in a concussion, and the first and last falls required the extraction of pieces of gravel from my hide.  They were small prices to pay considering what could have come to pass.  All I can say in my defense is I came by risk-taking rightfully.

Bravado, speed, and danger were the language my mother used to articulate words she dared not speak.  The year seat belts became the law, she said, “I wouldn’t be caught dead in them.  They’re for sissies.”  It’s no wonder I curated a vehicular vocabulary of my own.

This legacy began to change when I moved to New York.  Over time, I learned to express myself without a car.  And considering my history, it was pretty clear that uncanny miracles as my only salvation could not be counted on forever.  Nor could feeling most alive when about to die.  Unlike my mother, it has always been my intention to live a long life.

Two months before turning thirty, I separated from my husband, moved into a little house, bought a big journal, and for twelve days, I wrote down every single possibly significant memory.  It was the beginning of my commitment to writing.

Shortly after, I was invited to annex a writing class at the local college.  The piece I turned in started with a dream that revealed an intrigue I had avoided admitting in waking life.  The idea contained a chilling aspect to it, but the submission was ridiculously undeveloped and amateur.

When the teacher, a lanky, 40-year old handed the piece back to me, he said, “You write like a woman.  And you’ll never write like anything else.”   He swung his floppy hair from his eyes and continued. “Let me tell you what writing is,” he said.  “When I walked in my girlfriend’s kitchen the other night, she was making guacamole for the second time in a week.  She described it as a ‘Guacamole Summer.’  That is writing.”

I was full of lofty ideas about taking the necessary risks to produce good personal writing, digging for the truth in a situation, turning it into a story, and at least attempting to make it universal.  His girlfriend’s example might have been a catchy book title, but it struck my tender heart as merely scratching the surface.

That evening, my boyfriend, who was several years younger than I, sat staring at the walls of his art studio as I described the encounter.  Never able to listen for more than thirty-seconds, before I got to the end, he grabbed a hammer and banged the ends of a pile of boards, an unneeded jazzy percussion accompanying the rhythm of my words.

Frustrated with yet another dismissal, from the bottom of my lungs, I started to sob.  That got his attention.  Unsure of what to do, my lover said, “Come on.  What do you care?  He’s nothing but a peeny turkey dick.”

By now, I am used to constructive criticism from other writers, and nothing slows me down in my commitment to write.  But months passed before I had an epiphany about that emotional day.  At the age of fourteen, I announced to my father with great confidence that I intended to be a writer.  His response was, “How the hell do you think you’re going to do that.”

Thankfully, my boyfriend’s adolescent assessment detonated the impact of the teacher’s comment and, it is with mixed emotions, I remember that period as the Peeny Turkey Dick Summer.  The phrase remains one for all seasons, for too many situations we find ourselves in, including and especially what our country faces these next four years.

Both images by my sister, Melanie Urdang, this one of the Occulus at Ground Zero.

In the summer of 1964, a sixteen year old invited me to a Beach Boys concert.  My mother drove me from one end of Kansas City to the other.  In the car on the way to my date’s home, I imagined myself in love, but by the time we arrived, I went mute.

His mother, a petite cotton clad homemaker, known for doing her part in a solid marriage, invited us inside.  At more than six feet, my mother towered over most people, especially her.  Their difference hurt my eyes.   Mom had on what was then called a squaw dress: bare shoulders and swirling skirt with rick-rack on the edges.  (Still under wraps except in our household: my dad was nowhere to be found.)

As Mom walked to the car to leave, she casually said, “Goodbye, cruel world.”  I was used to her final proclamations, and assumed I would see her after the evening ended.  But I didn’t know when I would see my dad, if ever.

Settled at the concert like two opposing magnets, we sat behind a girl who scratched at her face and bawled at the first note from the band.  As her frenzy progressed, one scream at a time, the buttons down her back came undone.  The first one exposed her bra.  I noticed right away that only one of the two closure hooks was fastened.  A teenager’s bra hanging by one hook meant my date avoided looking at her, and I averted my gaze from his.

At the end of the last song, when the girl stood to go toward the exit aisle, her friends discovered her bare skin.  With only the top button remaining closed, once again, they hit the high notes of hysteria.  Someone threw a coat over her, and then stared at me like I might have done something to help.  But I was impervious to her scorn, to the music of The Beach Boys, to my date’s attention. The only thing on my radar the night of my first concert, was an unraveling.  And I was helpless to change it.

Within seconds of the lights going out at my first slumber party, a voice in the dark said, “Stephanie, do you know how people do it?’”  It was the fifties and I was eleven.  I didn’t have a clue what ‘doing it’ meant.  Until that night, my fantasies were about being the fastest bike rider in the neighborhood.  But fevered whispers meant there was shame in my innocence.

“Have you ever seen a naked man,” the twelve year old hostess whispered.  My belly filled with hollow dread.

“Sure,” I said, as nonchalantly as possible. “My little brother, all the time, and once my dad, but that was by accident.”

“Well, then you already know what a weeny is,” she said.   Terrified of what was coming next, I covered my head with the blanket.  She continued.  “When a man and woman do it, it’s exactly like putting a hot dog in a bun.”

Totally, blindsided, that was enough initiation for one evening.  When they spoke again, I pretended to sleep.  Lurid visions of body parts and questions about why anyone would want to do that to themselves or others consumed me.  For the rest of the night, an uncooked wiener in a white bun floated across my mind’s eye.

In the morning, I left for home on foot, giving myself time to make a plan for what to do with this new knowledge.  First, I thought, repeat hot dog in a bun often enough that it can be said with authority.  Second, seek out campfires and other activities involving the dark.  Then, do what was done to me: drop this bomb on the naive and unsuspecting, as in, my siblings.